What Is Tai Chi And Its Benefits? 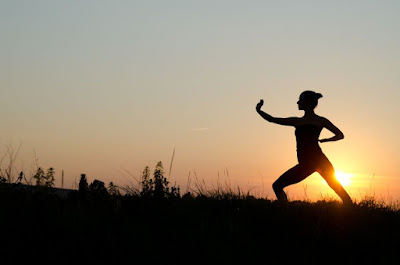 People often think that getting well physically and being in touch with spirituality are two exclusive things, done separate from one another. But there are a good number of ways to achieve both at the same time, bringing physical, mental, and spiritual awareness. One of these things is a common activity done in Asia: Tai Chi.

Tai Chi is an ancient Chinese tradition that, at its core, is a martial art that has evolved over many years to become what is pretty much “meditation in motion.” In this low-impact, slow-motion exercise, the practitioner goes through a series of motions named for animal actions without pausing — for example, “white crane spreads its wings” — or martial arts moves, such as “box both ears.” As the practitioner moves, they breathe deeply and naturally, focusing their attention on their bodily sensations, as in some kinds of meditation.

Thought to be created by a Taoist monk named Zhang Sanfeng in the 12th century, Tai Chi has influences that go back to Taoist and Buddhist monasteries, and has evolved to five different styles, each with their own separate methods and principles. These are the Chen, Yang, Hao, Wu, and Sun styles, which we will each be tackling in future blog posts.

But all of them have come from one key principle: Sanfeng was thought to have said that “In every movement, every part of the body must be light and agile and strung together. The postures should be without breaks. Motion should be rooted in the feet, released through the legs, directed by the waist and expressed by the fingers. Substantial and insubstantial movements must be clearly differentiated."

What this means is that, when practiced, Tai Chi trains the body to move in unison, drawing power from the Earth and releasing it through the limbs of the body. Not only does this train the practitioner in the art, it also has a number of other key benefits.


What are its benefits?

Tai chi differs from other types of exercise in several respects. The movements are usually circular and never forced, the muscles are relaxed rather than tensed, the joints are not fully extended or bent, and connective tissues are not stretched. Tai chi can be easily adapted for anyone, from the fittest of practitioners to people recovering from injuries or illness or surgery, or even the disabled.

Research and evidence has shown that Tai Chi has the ability to treat or prevent a variety of health problems, like a study published in the New England Journal Of Medicine that showed Tai Chi can improve the way of life of Parkinson’s disease patients by improving their walking ability and posture, a Harvard Medical School paper that showed Tai Chi could improve the lives of patients with chronic heart failure. There are many others that show Tai Chi can improve diabetes patients, alleviate stress and depression, improve cardio vascular capacity, treat hypertension and sleep problems, and due to its gentle and low impact movement, even extend the lives of people; in fact, in Asia, many practitioners older than the age of 70 attribute their long and happy lives to Tai Chi.


This is because studies have shown that lower body strength greatly improves with Tai Chi despite the workout not being intense or painful like other programs. Studies in Stanford and other universities proved this by testing elderly people with an average age of 66 before and after taking Tai Chi classes.

As mentioned above, Tai Chi is often called “meditation and motion.” This is because, at its core, Tai Chi has a lot of things in common with other, traditional types of meditation. Tai Chi relies of proper energy flow, harnessing Qi. As well, Tai Chi relies on proper breathing, focus on bodily sensations, and finding emptiness; in Taoist tradition, Tai Chi is a way to embark on a spiritual path that goes beyond having health and a calm peaceful mind.

Find a Tai Chi instructor and try it out! Or watch out for our next follow up where we will give some Tai Chi basics to get you started. As well, listen to this binaural beats track for chi activation to get your mind ready for the practice.


For this music track, we've compiled binaural beat and isocrhonic tone frequencies that are related to the Qi Gong, the Brow chakra (Ajna) and the Earth's Resonance for DNA stimulation. The effects this track will bring forth are vitality, beauty, higher love energy and aspirations for harmony; feelings of unity with everything, a remedy for depression and anxiety and whole-being regeneration.