What Is Brainwave Entrainment? 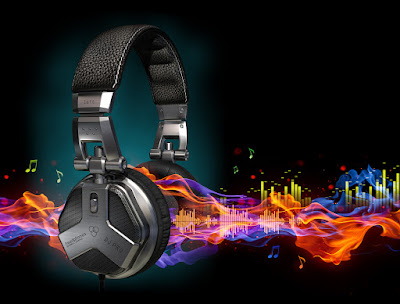 Brainwave entrainment is any process or method that causes a person’s brainwave frequencies to synchronize with a specific periodic stimulus, which includes, sound, vibration, or light, specifically targeting a frequency corresponding to a chosen brain-state, which includes, but is not limited to, inducing lucid dreaming, falling asleep, feeling relaxed, being creative, and so on.

Remember as a child (or perhaps even now) when you would stare at a candle, or a campfire, and somehow feel yourself being calm and feeling relaxed and at peace? That is an example of a brainwave entrainment. In fact, this is one of the phenomenon that caused modern brainwave entrainment research; Gerard Oster in 1973 published a paper specifically talking about the “Flicker-response”, which is also what brainwave entrainment is often called.

The four main ways of stimulating the brain are aural stimuli (binaural beats, isochronic tones), visual (light machines, dreamachines), a combination of aural and visual, and electromagnetic radiation, but only the aural and visual ones are popular on the mainstream.

Aural stimuli use sounds and the frequencies of specific sounds and tones in order to induce the desired effect. These are the main methods of brainwave entrainment, and include the following:

2.)    Monaural beats – monaural beats are the result of the sum of the waveforms of two tones, as they add or subtract from one another, which causes them to either sound louder or sound quieter as it progresses. For instance, two guitar strings of slightly different frequencies, when plucked simultaneously, will produce monaural beat which is what the ears hear. For the ears to hear it, the tones must be of the same amplitude.

Audio-visual entrainment is a subset of brainwave entrainment and relies on a combination of lights and pulses of tones to induce specific brain states. The devices or systems that use this methodology are often called “mind machines.”

Visual stimuli rely on a variety of methods, from simple random flickering light flashes to specific complex light patterns designed to induce specific results. Combining both aural and visual stimuli results in Audio-Visual Entrainment, and involves organized, repetitive stimulation at a particular frequency for a specific period of time, and the frequency of stimulation is reflected within the EEG. This is called "open loop" stimulation, or free-running entrainment, and is not contingent on monitoring brainwaves in any way. "Close loop" AVE would involve visual and auditory stimulation in response to one's EEG.

Experience some of the best brainwave entrainment using binaural beats and isochronic tones by subscribing to our YouTube channel here:


Using a complex pattern of binaural beat and isochronic tone frequencies dedicated to help you achieve good sleep and have lucid dreams, this 8-hour music track is divided into four unique sections. In the first 2 hours we've used frequencies that range from 3-13Hz (Alpha-Theta range) to help calm your mind and feel deeply relaxed. There is a pleasurable feeling of floating and it will give effects such as stress reduction, relaxed awareness, release of serotonin, and an induction to sleep spindles as your mind and body allows itself into sleep. It also contains triggers for creativity and imagery and access to subconscious images as you doze off.

The second and third sections contain more of the Theta waves, which are also present in dreaming, sleep, deep meditation and creative inspiration. As you have already fallen asleep, the binaural beats tap into your subconsciousness as your mind prepares itself into a lucid dream state. The music is more steady so as not to interrupt your sleep.

The fourth and last section returns itself to the Alpha range with a mix of Theta and Delta. This is where deep sleep occurs and more often than not, the dream state. There is a decreased awareness of the physical world. This section also contains the Earth Resonance or Schumann Resonance, which will leave you feeling revitalized upon waking up.