What Is Yoga And What Are Its Benefits? 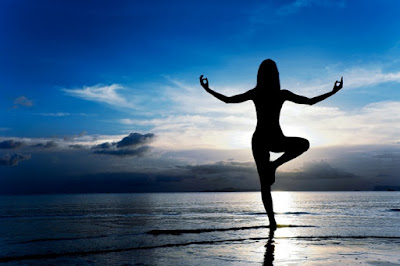 These days, there has been a rise of Yoga practitioners all over the globe. But what exactly is Yoga, and what are its benefits for the body, mind, and soul? This primer will explore the facts, dispel the myths, and get you started on your Yoga practice.

Yoga is widely known as a Hindu spiritual and ascetic discipline, a part of which, including breath control, simple meditation, and the adoption of specific bodily postures that is widely practiced for health and relaxation. What that means in layman’s terms is it is a practice of various body poses that is meant to improve your physical well being (by strengthening the muscles and bones, improving control of body, and burning calories) as well as your spiritual well being (it can be used as a form of meditation or prayer.)

The history and origins of yoga is a subject that is full of debate. But while there is no general consensus on its specific origins, it is widely accepted that yoga started in India, dating as far back as between 3300 to 1900 BCE. Over the centuries, yoga has transformed numerous times, although adhering to its roots quite strongly all throughout.

Today, there are 9 popular kinds of yoga that are practiced all over the world. And while there might be actually be more, with many variations and styles, these 9 are the ones that many in the modern world practice for health, fitness, and meditation. We will be tackling each one in detail in future blog posts, but here’s the general rundown.

1.)    Anusara – a relatively new system (developed in the late 90s), it is meant to explore one’s heart, grace, and inner goodness. It is a physically and mentally rigorous style.

2.)    Ashtanga – based on ancient teachings, this style emerged in mainstream in the 70s and is a rigorous style that follows a set series of poses, in the exact same order every time, and connects every move to a breath.

3.)    Bikram – developed 3 decades ago, this style of yoga is meant to be done in artificially heated rooms, to induce sweating as practitioners follow a series of 26 poses. Because of all the sweating and feeling of burning calories, it has grown to become one of the most popular styles today.

4.)    Hatha – one of the most basic styles, it is a nice introduction to the world of yoga and a gateway to other styles. It intentionally uses only the most basic poses, and is not meant to make a practitioner sweat a lot.

5.)    Inyegar – one of the oldest of the modern styles (developed 60 years ago) this style is meant to promote strength, flexibility, endurance, and balance, through poses that require precise balance and alignment, with poses held longer than most styles. But despite this, tools and other equipment can be used which means this style is also good for the elderly or disabled to help improve their well-being.

6.)    Kripalu – called the yoga of the consciousness, it is a gentle introspective style that holds poses to explore and release emotional and spiritual blockages. While this style still has physical benefits, its main purposes is for the mind and soul.

7.)    Restorative – this style is mostly for relaxation and healing, and most of the time practitioners will be on blocks, blankets, mats, bolsters, and other equipment that will allow the muscles to relax and unwind.

8.)    Vinyasa – one of the most popular for casual yoga practitioners, this style is a modified Ashtanga practice and is known for its fluid, movement-intense practices. Teachers choreograph the classes to allow the practitioner to transition from pose to pose smoothly, sometimes with music to get “the flow” going. Because it is freeflowing depending on the teacher, it is popular to practitioners who hate routines.

9.)    Yin Yoga – known as yoga for the joints, this yoga works the connective tissues of the ligaments, fascia, joints, and bones, with poses that are held for long periods of time.

There are many benefits to be gained from practicing yoga. On the physical level, it is known for its muscle strengthening and flexibility benefits. Poses build both upper body and lower body strength, as well as improve the muscles’ endurance, as each poses is held for a specific period of time. Poses stretch the muscles and push the joints to their limits, thus improving flexibility and mobility.

Posture is also improved as the muscles, bones, and joints become stronger and as the core becomes more solid and stable. The mind is also trained to be more aware of the body and its posture. And because breathing is done during difficult poses, it strengthens the lungs and trains the mind to be more aware of breathing.

Which is then beneficial for meditating; yoga itself can be used as a meditation practice, which can provide stress-relief, calm, and relaxation.

So try yoga out as soon as you can! This binaural beats track for yoga practice can help you.


Simple, pleasant and soothing yoga music embedded with binaural beats and isochronic tones frequencies that are associated with the feeling of well-being and overall balance and harmony. Bring yourself to a stress-free and tranquil ambiance as you do your daily yoga sessions and enjoy those precious moments as you strengthen your core and your mind, body and spirit. Using frequencies from the alpha range of 10Hz, this enhances the release of serotonin and is universally beneficial for your overall health, giving you a sense of being centered, raises your spiritual consciousness, and can even improve memory, relieve headaches and is connected to the Manipura or Solar plexus chakra. With a carrier frequency of 90Hz, this is also ideal as your background relaxation music or for your meditation sessions.