Be Better With Beta: The Benefits Of Beta Waves 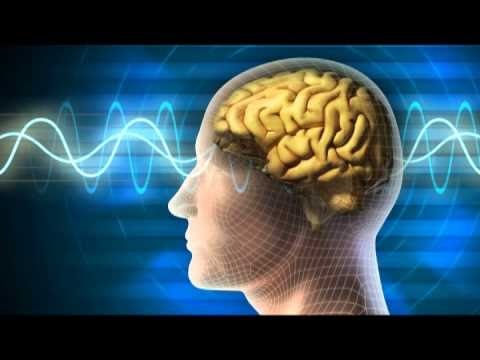 In the past we discussed how binaural beats work, by affecting brainwaves and stimulating the mind to achieve specific mental, emotional, and even physical results. There are a number of brainwaves that can be affected, and we already shown what the benefits of alpha waves are, and now we’re going to see another brainwave pattern: beta waves.
What are Beta Waves?
Beta waves are officially classified as the frequency range of human brain activity between 12.5 and 35-40Hz, which is the range associated when the brain is conscious or awake. These waves are connected to the mind being active or working, and connected to being focused and sharp, as well as critical thinking.  They are also associated with the flight-or-fight response, which is responsible for what happens when we are faced with an anxious or threat-induced choice, which synergizes well with Beta Waves also being responsible for being very alert.
They are actually divided into three (3) classifications: Low Beta (12-15Hz), which is when the mind is in a quiet and focused mode, Mid-Range Beta (15-20Hz), which is when the mind is moving at a higher and faster pace, bordering on anxiety, and High Beta (20-35/40Hz) which is when the mind is experiencing stress, anxiety, dread.
Beta Waves are the brainwaves we experience the most in our lives, as many of our day-to-day activities require conscious effort to perform, especially when it comes to work, school, recreational activities, and even household chores.
Some Differences and Similarities Between Alpha and Beta
In general, Beta Waves are associated with conscious effort and thinking, which is in contrast to Alpha Waves that are associated with relaxation and subconscious effort. Whereas Alpha Waves allow your body to perform in an almost “zen” like fashion, that is, without thinking, Beta Waves make your body perform better if it requires a lot of thinking and concentration.
For example, while an athlete may have a sudden burst of Alpha Waves right before performing an amazing shot, a master welder will have a steady flow of Beta Waves in order to create a perfect weld that may mean the difference between life and death.
Another key difference between Beta Waves and Alpha Waves, is that Beta Waves are associated with logic, whereas Alpha Waves are associated with creativity. Both can be used for problem solving purposes, but with different approaches.
Both Alpha and Beta waves however can work in synergy with one another. For instance, a MMA fighter may rely on sudden bursts of Alpha Waves when his body naturally throws punches and kicks, but also on Beta Waves in order to make decisions on where to hit, how to maneuver, and when to run or attack.
In fact, a healthy mind is one that has a healthy balance of Alpha and Beta waves!
Benefits of Beta Waves
As mentioned above, Beta Waves are associated with concentration, logical thinking, and focus. And so the main benefits are related to those as well.
1.) Concentration and focus – Beta Waves allow people to be able to concentrate more, to drown out distractions and focus on the tasks that need to be done. When you need a steady hand and a sharp mind, Beta Waves are for you.
In addition, research has shown that improving Beta Waves also helps against ADD, helping kids to focus rather than have their attention diverted so easily.
2.) Sharper thinking – Beta Waves make thinking faster, better, and more realistic. Information in the brain is accessed much faster, allowing for speedier decision making, and because Beta Waves improve logical thinking, any decisions made will be much more grounded in realism rather than the fantastic.
3.) Higher mental endurance – Like any machine or body part, the brain can get worn out and tired when it is worked too much. Beta Waves help in this by making the mind stronger and therefore last longer, allowing you to focus and concentrate and perform for extended periods of time, and can mean the difference between success and failure.
4.) Enhanced learning – Similar to Alpha Waves, Beta Waves can also increase learning, done on top of increasing concentration.
How To Increase Beta Waves
Activities that require mental focus and concentration are good ways to increase Beta Waves.
Reading books is one way, in particular, books with compelling information or stories. The more that it forces your mind to exert effort, the better.
Playing mind games that require logic and critical thinking also helps increase good Beta Wave production. Chess, for example, not only forces the mind to be focused to succeed, but also to engage in logical and critical thinking that requires the person to be two or three steps ahead.
And then there's the use of binaural beats, which influences the mind by being in-sync with good Beta Wave frequencies and helping the brain reap its benefits. Listen to this binaural beats track for fitness that helps you keep focused and at the same time keeps you calm yet active. And don't forget to visit our binaural beats music library for more tracks and albums for all your brainwave enhancing needs.