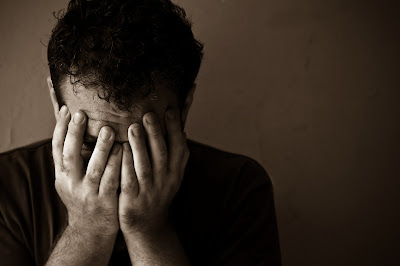 Posttraumatic stress disorder, more commonly known as PTSD, can change a person’s life for the worse, and is a serious condition that afflicts many people all over the world. Treatments range from psychotherapy to medication, but recently it has been discovered that music can be a powerful tool in relieving the effects of this crippling disorder.


A closer look at PTSD

This anxiety disorder can develop after a person goes through single or multiple traumatic events that are of physical and/or psychological in nature. These include major stress induced by work or school, bullying, failing social/financial states, experiencing/surviving major natural disasters, physical and/or sexual assault, and combat/warfare.

For natural disasters and warfare, individuals tend to experience “survivor’s guilt”, a condition wherein they feel guilt for surviving while others perished, or feeling powerless to prevent the injuries or deaths of the others. And for physical/sexual assault victims, as well as bullying victims, the feeling of powerlessness, as well as asking why they were the ones who were victimized, can cause PTSD.

In general, people who have been exposed to, or are in constant exposure to, physical, psychological, or sexual violence and danger are highly at risk of developing PTSD, such as military/law-enforcement personnel and medical personnel.


Why does it happen?

Experts in the field have attributed the occurrence of PTSD to the overloading of the adrenaline response of the body during traumatic events, which in turn can cause a chain reaction of biochemical changes in the brain and the body. Hormones that involve the response to stress, fear, and danger all get affected, leading to a change in behavior of the affected person.

In addition, areas of the brain also become altered, specifically, the amygdale that is involved in the formation of emotional memories as well as the hippocampus, which controls the ability to place memories in the right space and time context as well as recalling memory.

A person with the following symptoms may have PTSD:

Seeing this repetitively in a person, or if you yourself experience this, may be a sign of PTSD.


Music as a treatment

While there are numerous ways to treat PTSD, one in particular, music, is showing great promise in relieving PTSD’s effects. Numerous organizations, most notably groups that help war veterans and other military personnel, have resorted to music to help treat the disorder. In fact in the last decade, the Veterans’ Association has increased the number of their music therapists to more than double. It is not a new idea, as during World War II music has been used by doctors to boost wounded soldiers’ morale, noticing speedier recoveries after musicians have played in hospitals.

But why does it work?

Studies have shown that music can trigger the brain to release chemicals to distract the body and mind from the pain. Music, as well as binaural beats and isochronic tones which augment the effects, reach the brain’s auditory cortex, which causes the communication between the cortex and the sections of the brain that govern emotion, memory, and body control.

But not just any music can work. Songs that have words, sung or spoken, can cause agitation when it’s used for PTSD patients. Music and sounds that have low pitches are most effective, as well as music that is slow, have a steady beat. Although each patient may react differently to different songs, these kinds of songs have been proven to work best.

As well, music with binaural beats and isochronic tones have been shown to be even more potent in fighting off the effects of PTSD. This binaural beats track for PTSD is an example.


This music therapy track was made to give comfort and deep relaxation to those who are suffering from the disorder. We carefully embedded binaural beats that range from 0.20Hz to 10Hz, which are associated with the effects of the sleep state, the unconscious mind reaching out to gain better understanding and reflection, empathetic attainment, divine knowledge, inner being and personal growth, as well as trauma recovery, feeling blissful and being one with the universe. It is also a Spiritual Journey music accompaniment for those who seek the deeper essences of who we are. The binaural beat range also contains pain relief and sedative effects. As the carrier frequency of 136.1Hz resonates with the Earth, it will give you an overall sense of calming, centering, and is connected to the Heart chakra. May this music therapy track provide you with Love and Light.


Related Articles:
What Is Brainwave Entrainment?
How To Maximize The Benefits Of Binaural Beats
Bitrates And Binaural Beats: Why Does It Matter?

What Is Mindfulness?
Everyday Activities That Produce Different Brainwaves To Improve The Mind And Body
Binaural Beats For Athletic Performance
Check out these amazing products: