What Is Mercury Retrograde And Why Should We Be Ready? 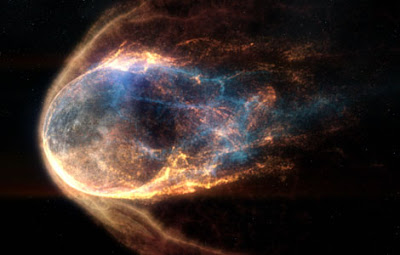 You’ve probably heard it before, on TV, in songs, or simply from your neighbors or colleagues: “Oh no, Mercury is in retrograde again!” If you’ve heard it lately, that’s because Mercury is in retrograde now, from September 17, 2015, to October 9, 2015. Oftentimes it is accompanied by warnings to stay safe or be ready for misfortune. And why not? Many people experience everything from hitting their foot on furniture to crashing their car and everything in between during this period. But what exactly is Mercury retrograde, and is it really harmful? How do you survive it if ever it is?

Dictionaries define retrograde as “to move backwards or in reverse direction.” And that is precisely what it means when referring to the movement of the planets. When a planet retrogrades, it appears to change direction in the sky. Normally, the planets shift slightly eastward from night to night, drifting slowly. From time to time though, they change direction. For a few months, they’ll head west before turning back around and resuming their easterly course. This is “retrograde motion”, and is an illusion caused by the Earth passing slower moving outer planets.

However, there ARE planets that are actually moving in retrograde. For example, Venus rotates (not revolves) in the opposite direction, so if you were on Venus today, you would see the sun rise on the west and set in the east.

But, as with all things, it’s not simply that. Because when Mercury retrogrades, things go haywire.

As mentioned above, planets revolve around the sun, and in turn swing around us. Their movements affect us in many different ways, but Mercury impacts people much more than any other planet. According to astrology, Mercury rules communication (including listening, speaking, learning, reading, editing, researching, negotiating, selling, and buying), clear thinking, truth and travel, so when the planet retrogrades, all those things it governs go backwards.

Why does this happen? When a planet retrogrades, astrologically it is in a resting or sleeping state, so when Mercury retrogrades, everything it governs don’t have the benefit of Mercury keeping things in order, and that’s when things go haywire!

Similar to Asia’s Ghost Month, Mercury retrograde periods bring with it a certain level of misfortune, especially when it comes to all forms of communication. Everything from unexplained heated arguments with friends, being unable to form coherent thoughts or sentences, or even being totally mumbling in simple conversations! In modern times, Mercury retrograde periods are notorious for causing computers to crash and for machines, appliances, and other electronic devices to show signs of wear, requiring urgent repair.

Mercury also rules trade and commerce, and when you suddenly find yourself short on budget when you’re about to buy something you want, or if that something suddenly goes out of stock, Mercury retrograde just affected you. Your expensive mobile phone you just bought suddenly got dropped and had its screen crack? Mercury retrograde might have something to do with it.

Since Mercury  also governs travel, it can affect your travel habits. Missed or delayed flights? Traffic jams when normally traffic shouldn’t be present? Car broke down with no particular reason? These may all be caused by Mercury retrograding.

Actually, despite all that, Mercury retrograde periods are actually not all bad. For example, when things seem to be moving backward, it is actually a chance for us to re-examine parts of our lives that need to be worked on, which can often lead to major breakthroughs, intellectual, emotional or spiritual — during this time.

It is also a perfect time to tie up loose ends or finish unfinished projects or goals. Moving backward, it is also an opportunity to communicate with old friends, acquaintances, even exes!

But of course, all of these have to be done with a certain level of caution. Otherwise, Mercury retrograde can rear its ugly head and cause mayhem!

Using the binaural beat frequency of 12Hz, which is associated with centering and balance of Self, mental stability, mental clarity, it is also one of the Earth's Resonances and is connected to the Throat Chakra. It has effects of Self Expression in Society. And embedding Mercury's orbit frequency, which is associated with intellectuality and also connected to the Throat chakra, this supports the speech center and communicative-intellectual principles and cleverness.
Listen to this track now! And don't forget to subscribe to our YouTube channel here: