What Is Controlled Remote Viewing 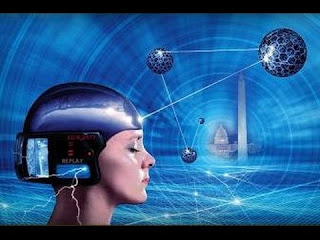 Remote viewing, as we have previously discussed, is the ability to view targets such as people, places, and even events in history and time, without having to move the physical body anywhere. It is such a prominent ability that the US and Soviet militaries have done their own research and experimentation into the skill. It has then been found out that due to it being a learnable skills, anyone who wants to acquire the ability can know and learn the techniques and simply work hard to master it. There are different kinds of remote viewing, and the one that the militaries have adopted first, is Controlled Remote Viewing, or CRV.

CRV is a method developed in  Stanford Research Institute in the middle to late 70s, by prominent remote viewers Dr. Harold Puthoff and Mr. Ingo Swann. Their idea of finding a way to pass remote viewing skills to others, in a shorter and less painful and taxing learning curve, is what drove them to develop the system. The idea is that, instead of relying on trial and error like previous methods, they would develop a system that the practitioner will follow step by step and practice further on their own to develop the skill.

This attracted the attention of Gen. Albert Stubblebine, then commander of the Army’s Intelligence and Security Command, who wanted to find a way to create remote viewers from the Army’s intelligence pool. They were then recruited to work in the INSCOM remote viewing program code-named “Grill Flame”, but now referred to as “Star Gate.”

Prior to their recruitment the psychic spies of the program were either natural born psychics or self-taught generic remote viewers, and despite having their own generic program  the method didn’t produce enough to bring the program and the psychic army up to the size they wanted.

With the information garnered by Puthoff and Swann they could aid the military in expanding the pool, after knowing that most if not all humans have the innate ability to remote view and bring back information, that there was enough information about the human subconscious and how it interacts with the conscious, and that the skills could be passed on with a specific method.

With the military’s funding and support Puthoff and Swann experimented extensively until they came up with CRV. Originally, it was known as “coordinate remote viewing” due to the usage of geographic coordinates to focus the viewer on the target, prior to switching to using outbounder beacon teams, at which point they changed it to “controlled” remote viewing.

The Six Stages of CRV
A remote viewing session is not as simple as sitting down, closing the eyes, and then seeing the target. There are 6 stages involved in the process.

1.)    The Launching Point – at this point the viewer simply gets a glance or an idea of the target, kind of like seeing something on the horizon for the first time and second guessing what exactly that is.

2.)    The Sensory Stage – at this point the viewer begins to sense the target, like what its colors are, if there are smells, how it feels, the sounds, and even how it tastes.

4.)    The Details Stage – this is when the viewer receives even more specific details about the target, such as what the target’s purpose is, its age, and so on. Crucial information that may be used.

5.)    The Data Mining Stage – considered an optional stage, but can be a crucial one, this stage is when the viewer “mines” his own subconscious of even more information from the viewing. This is because there might be information that the viewer has absorbed but have not been able to express.

6.)    The 3D Stage – the final stage is when the viewer expresses the information gained from the target in a 3 dimensional model, like a sculpture. This gives the most vivid idea of what the target is.

Stay tuned for more information about the other kinds of remote viewing, and our step by step guide to remote viewing, coming very soon! In the meantime, help develop your perception skills by listening to this binaural beats track for remote viewing.

Using a complex binaural beat frequency mix that ranges and flows from 4Hz to 8Hz, and an isochronic tone of 5Hz, the Theta range brainwaves assist and encourage the state of mind to enhance imagery, creativity, visual recall, zen meditation, and access to the subconscious mind while reducing mental fatigue. There have been brainwave studies that would confirm that a person can reach astral planes through a sequence pattern of multiple frequencies. This track contains triggers that can assist in helping you reach a state of deep meditation, which is the gateway to do astral projection and remote viewing.