What Are Binaural Beats? How Does It Affect You? 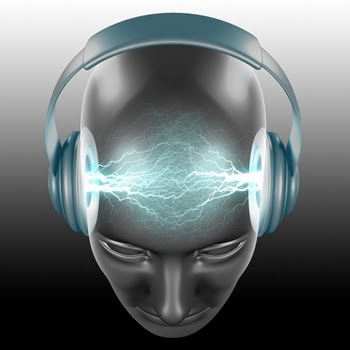 A while back we wrote a guide on how to prepare for lucid dreaming, more specifically, how to prepare your room and your environment to be able to do lucid dreams. In that guide we included everything from how to control lighting and sounds, and mentioned one specific thing that can help open your mind for lucid dreaming: listen to binaural beats. In fact, at the end of every blog post, we offer binaural beats tracks from our music library that you can listen to. But what exactly are binaural beats? And how can it affect the mind in preparation for lucid dreaming?
Binaural beats
Discovered by Heinrich Wilhelm Dove, binaural beats, as defined by Wikipedia, “are auditoryprocessing artifacts, or apparent sounds, caused by specific physical stimuli” that can help induce relaxation, meditation, and creativity.
This is done is by playing two tones or signals of varying frequencies, one in each ear. The brain then receives both tones and detects the differences between the two, and then processes the difference to create its own third signal, which is what's defined as the binaural beat. This third signal, which contain low frequency pulses, affect the mind and do anything from simply relax the person to improve their cognitive abilities and their mental awareness.
That's because a binaural beat will cause the brain to resonate to, or “follow the beat” of the third signal, and when it resonates at certain ranges, the brain activity is affected and changes. This effect, called the “Frequency Following Response”, was discovered by biophysicist Gerald Oster and actually helped in the development of the use of auditory or sound stimulation to improve brain function.
How it works and its benefits
Our brain's activities are classified into “brainwave patterns”, which is how the electrical signal of brain activity appears when it is detected by an EEG. When the binaural beat is within the range of a certain brainwave pattern, it causes the brain to be affected according to what each brainwave pattern is known for. We will discuss in detail each specific brainwave pattern in a future blog post, but for now, here are the general descriptions:
Gamma Waves (40 Hz and up) – gamma waves are associated with mental capacity, perception, problem solving skills.
Beta Waves (14-39 Hz) – beta waves are related to capacity to concentrate, cognitive skills, mental alertness.
Alpha Waves (7-13.9 Hz) - alpha waves are associated with relaxation (being in the pre-sleep/pre-wakening stage), and are seen during meditation sessions. This is also indicative of trances, and when superlearning is occurring.
Theta Waves (4-6.9 Hz) – theta waves are seen during dreaming or REM sleep and during the hypnagogic state, and during very deep meditation when the brain is accessing the unconscious mind. Involved in creativity increases, behavioral modification, and memory.
Delta (.1-3.9Hz) – delta waves are seen during dreamless sleep and is associated with loss of body awareness.
Through meditation and other mental techniques, a person can reach different brainwave patterns for the desired effect, but using binaural beats to aid in this is a more stable and consistent way to change the brainwave activity, thus achieving the benefits much faster and much more reliably.
How to use binaural beats
Before loading up a binaural beats track, it is highly suggested that a good pair of earphones or headphones are ready to be used. This directs each of the two primary tones or signals properly to each ear, allowing the brain to hear the binaural beat properly.
Next, make sure to also be in a relaxing place. For instance, is not advisable to listen to a binaural beats track while driving, lifting heavy equipment, or doing any physical activity even if it commuting home from work (although it is not really forbidden to do so.) We advise to take extra precautions if you do so wish to listen to relaxing binaural beat tracks, as these alter the brainwave state.
The best time to listen to binaural beats is during bedtime to aid in lucid dreaming, power naps, or even just a quick relaxation or meditation session.
And finally, while the binaural beats can certainly help in relaxing the mind, it is important for the listener to do their part as well, by emptying their mind and allowing the binaural beat to do its work without any mental interruption or obstacle. Breathing techniques, lack of other distractions like mobile phone notifications, and many other methods can be employed to do this.
Tips on how to use binaural beats to their fullest will be discussed in a future blog post, so stay tuned!
For now, listen to this binaural beats track for relaxationthat uses alpha frequencies to keep you calm and improve peace of mind.
And don't forget to visit our binaural beats music libraryfor more tracks and albums here: http://www.brainwavepowermusic.com/the-music-store