The Astral Plane And The Silver Cord 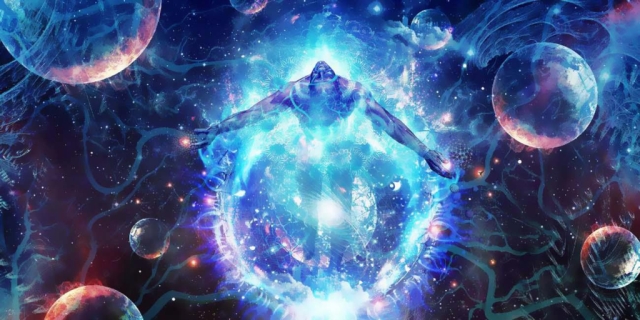 From the ancient Greek mythologies, to Judeo-Christian religions, to Far-Eastern philosophies and everything in between, many cultures from all over the world have their own interpretation of the astral plane. But common denominators arise: that the astral plane is a place where angels, spirits, and other cosmic beings reside. It is the place where the astral body travels or crosses, depending on the religious or philosophical belief, from death to the final resting place, or from death to rebirth.


The Silver Cord and Astral Projection

Put it simply, as the name implies, the silver cord is a silver-colored cord that connects the astral body to the physical body. In many fields of philosophy and metaphysical studies, it is described as being strong, almost indestructible, yet soft and elastic that can stretch and flex to make sure that the astral body is truly tethered to the physical one.

But while it is almost without limit, the silver cord also makes sure that the astral body doesn’t wander off too far, and many people have been snapped back to their physical bodies after traveling some great distance away.


The Risks Of The Astral Plane And Keeping The Cord Safe

As mentioned above, the astral plane is populated by cosmic entities, both benevolent, and otherwise. Now, this can be quite a scary prospect at first glance, but if you think about it, it’s no more dangerous than walking down a populated street, where you have no idea who and what can attack you at any moment.

The good thing about the astral plane is that your own astral body’s frequency will affect who you will be attracting there. An astral body that is full of fear or aggression will be bound to attract the more malevolent beings that reside there, like a wounded fish in a sea that has sharks, or driving in a bad neighborhood in the middle of the night with your windows down and a sign that says “I’m rich!”

But it is inevitable that sometimes, we do feel fear in the astral plane, so when this happens, you can call on your spirit guides, your angels, and overcome your fear and project a frequency of love and compassion (like changing the radio station to get a better one) and this will attract the more benevolent beings of the astral plane that will keep you safe from harm.

With regards to the silver cord, we cannot know for sure whether or not the severing of the cord during an astral projection would result in death. After all, anyone who might have perished doing this will have no way to confirm it for us. But there are ways to make sure we do not put our silver cords at risk.

First, make sure that when the silver cord is fully stretched and taut, to give it some slack. This usually happens when you have traveled too far. While it might be tempting to truly go beyond what your mind can perceive, the pull coming from a stretched cord is something we should not take lightly. So, go back.

Second, if malevolent entities are attracted to your cord, steer clear from them, and if they are following, like the tips above, call on your guides and angels for help.

Third, travel prepared. A strong, unfearing mind will help keep the silver cord strong and free from the attention of malevolent beings. If you are stressed, weakened, or not in a good state of mind, don’t astral project and bring your silver cord at risk.

And finally, when in doubt, go back. If you feel uneasy while astral projecting, go back to your physical body, fast.

Remember and understand these things, and you will have a more pleasant and fulfilling astral projection experience. It also helps to have a binaural beats track for astral projection to prepare your mind for it, like this one!   Check out these items that will help with your lucid dreaming!