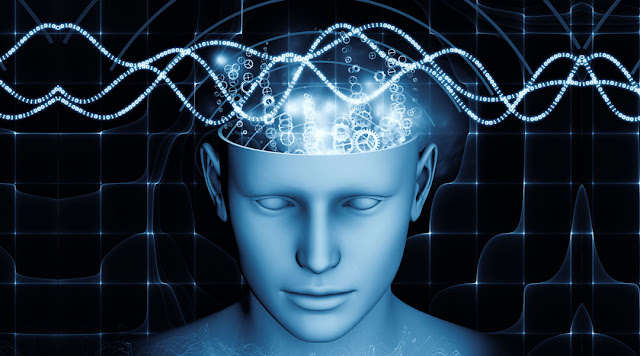 The brainwaves produced by our brain can benefit us greatly in many different ways, as we have previously discussed in numerous blogposts before. But did you know that normal, everyday activities can also produce these beneficial brainwaves? There are many different activities that produce different brainwaves, and knowing what they are and how to perform them can benefit your mind and body greatly!

Gamma Waves – the highest frequency brainwaves, Gamma Waves that improve creativity, speech, and learning, and overall perception. Below are sample activities that can produce these waves.

1.)    Learning a new skill, repetition – focusing on learning a new skill, whether physical or mental, can produce beta waves which in turn will improve the ability to learn new skills. It is important to practice these skills repeatedly.
2.)    Playing mental games – playing chess, checkers, scrabble, or any other mental game that requires tremendous focus as well as problem solving can produce beta waves.
3.)    Read a book (mentally, or out loud) – the act of reading requires focus as well as understanding and learning. Any book that you are not previously aware of is the best, although reading a book you’ve read before is also an option.
4.)    Studying – the act of studying itself produces beta waves. It can be anything from studying an academic lesson or topic to studying human behavior as observed in public. Any form of studying requires focus and concentration and can produce beta waves.
5.)    Meditation – meditation variants that require a lot of focus on a particular object or activity can produce beta waves.

Alpha Waves – the brainwave pattern that is associated with relaxation while awake, feeling peace of mind and overall calm, alpha waves also govern abstract creativity (one that is not connected to logic) and is often the reason why people can think out of the box. This is also the wave that is most dominant when lucid dreaming, and the brainwave most associated with stress and anxiety reduction.

1.)    Close your eyes – the very simple act of closing your eyes produces Alpha Waves. This is why people who are trying to find solutions to problems or situations often find themselves closing their eyes when they are engaged in deep thought. How many times have you found an answer to a situation by simply closing your eyes and thinking? Right?
2.)    Engaging in artful pursuits – painting, sculpting, drawing, or any other form of arts and crafts that require free thought (no need to focus too much, just create) can produce alpha waves, especially when the mind is encouraged to run wild.
3.)    Performing a skill you’re good at – skills or activities that you have a high skill level in performing also produces alpha waves. In fact, when performing this skill is done at the best of ways, it is because the mind has produced a surge of alpha waves.
4.)    Be in a relaxing situation – whether it’s a massage, playing with puppies, or just sleeping after a long day.
5.)    Meditation – relaxing meditation varieties can produce alpha waves.

Theta Waves – can be considered the “super wave”, this brainwave pattern influences many different domains of the mind, from memory to emotions to creativity to relaxation and more. Producing theta waves then causes overall improvement for the persion.

1.)    Zen meditation – one of the most effective ways of producing theta waves, zen meditation requires a number of different things done in conjunction with one another; freeing the mind of logic or emptying it entirely (often associated with alpha waves), focusing on breath and posture (beta waves), and relaxing to an almost sleep state (alpha and gamma waves.) This is why zen meditation has a lot of benefits.
2.)    Playing recall and recognition games – charades, puzzles, and boggle/scrabble are good games to produce theta waves.
3.)    Engage in relaxing, creative pursuits that require effort – painting by numbers, Sudoku, and playing action and strategy video games are all good activities to produce the super wave.

Choosing to do these activities can definitely enhance your brainwave production and in turn improve your mind and body. But don’t forget that these activities are enhanced even further by listening to binaural beats tracks. A full playlist of tracks that stimulates all these brainwaves can be found here: https://www.youtube.com/playlist?list=PLQV40q_WSGWcHtkGEV3HTLJzMd0DoJ6WA

One track from this playlist is a binaural beats track for creativity that uses both alpha and theta waves can be found here:

Mind Over Matter: How To Use Meditation For Addiction And Cravings

How To Maximize The Benefits Of Binaural Beats

The Super Wave: Benefits Of Theta Brainwaves And Meditation

Dreaming With Delta: What Are Delta Waves And What Are Its Benefits?

Be Better With Beta: The Benefits Of Beta Waves

All You Need To Know About Alpha Brainwaves

Check out these items that will help with your lucid dreaming!