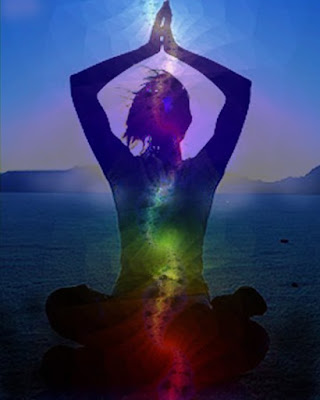 We have discussed the methodology to achieve astral projection in previous posts, but there is one method in particular that awakens an inner power that everyone has to make astral projection much easier to attain, using yogic principles. This is done through the practice of Kundalini Yoga.

The kundalini, literally translated as “the curl of the lock of hair of the beloved,” is known as the sacred energy everyone has inside the deepest parts of their subconscious. This powerful energy, governed by the root chakra, is connected to all other energies of the body and is often seen as a living energy being coiled at the base of the spine, dormant in most people. This is why it is also known as the “serpent power.” When awakened, the kundalini aligns the other chakras in perfect balance and gives the person mental and spiritual harmony. Closely tied to Indian cultures since ancient times, Kundalini is rooted in a form of Hinduism.

But this power is not something to be trifled with and taken casually. Awakening the kundalini is an intense experience and as with any intense experience there are risks if the person doing it is reckless. Symptoms include possible headaches after each awakening experience, to being too hyperactive from the intense release of energy that the practitioner is not ready for. This is due to the fact that the practitioner might not be strong enough or mature enough to handle the kundalini, usually happening when the practitioner rushes the practice in order to achieve the results fast. As with all things, patience and discipline are key.


How does it help achieve astral projection better?

The benefits of having an awakened kundalini are vast, including having everything from a higher IQ, becoming physically and mentally stronger, improved sexual capability and attraction, increased wisdom and spiritual sense, and in higher levels, achieving psychic abilities, slowing the aging process, and the aforementioned better capability of achieving astral projection.

This is due to the fact that the kundalini being awakened unleashes astral energy that makes the astral body more attuned to the astral plane. As such, awakening the kundalini makes performing the techniques to achieve astral projection much easier to pull off.

So how does one awaken the kundalini? There are a number of different ways, but one of the most popular nowadays is Kundalini Yoga.

What is Kundalini Yoga?

Originating in the Kashmir region, Kundalini Yoga, also known as the Yoga of Awareness, was officially presented in the late 1960s in the West as a powerful and spiritual practice, and is considered by its practitioners as the most comprehensive of yoga traditions, combining meditation, mantra, and physical exercises and breathing techniques. It is a universal method, and as such is non denominational and non discriminating.

Stemming from ancient tradition, this form of yoga is a “householder” path, that is, it is designed for people who have families, jobs, and live a normal life, as opposed to the celibate and isolationist path often followed by a traditional yogi.

The primary purpose of this style of yoga is of course to awaken the kundalini, to “awaken the power of the individual to excel—to experience their Infinity and fulfill their personal destiny.”


How is it different from other styles of yoga?

Kundalini yoga is primarily different due to its main objective. However, it is also different in terms of its class components; any Kundalini Yoga class has these six steps: 1) tuning-in with the Adi Mantra, 2) pranayam or warm-up, 3) kriya, 4) relaxation, 5) meditation and 6) close with the blessing song, “May the Long Time Sun Shine Upon You”.

And because it is designed for the householder, it is effective and efficient for most people, and quickly unleashes the power within in a disciplined, calm manner. It draws from the many different techniques of yoga, and it’s a safe way to stimulate the body’s natural resources and become healthy, happy, and holy—in body, mind and spirit.

Our latest binaural beats track for yoga is perfect for your Kundalini Yoga practice and can definitely help awaken your kundalini!


Using binaural beat and isochronic tone frequencies ranging from 4Hz to 7Hz, this is specifically for yoga enthusiasts and meditation practitioners who would like to focus internally without the distractions of a music composition. The binaural beats will help set your mind into a state of being, as the frequencies are associated with deep meditation, promoting calmness, relaxation and centering. Closely connected to the Anahata (or Heart chakra), this will provide a sense of balance, harmony with the cosmos and the soul.